The Birds are Flying--The Buzz is On

If you think you're seeing a lot of birds flying around your head tweeting about Higher Ground Films and our first movie, Abducted to Kill, you're in focus. We just opened a twitter account for Higher Ground Films - Check us out at http://twitter.com/HigherGroundFlm 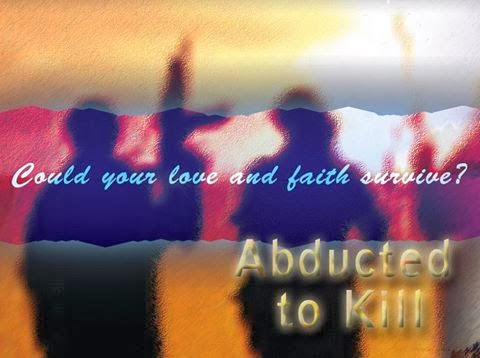 Joseph was born in the United States to an Iranian father and Jewish Christian mother, He knew little about his father’s home land until, as a young teen, his father decides to move the family back to Iran. The night before they are to leave, Joseph rebels and refuses to go. His father beats him badly and insists he has no choice.

Once inside the borders of Iran, Joseph eventually makes new friends, and meets Azita, a young woman with whom he falls madly in love. He adjusts to his new life in this strangle land, although he must now live in an environment that is curiously hostile toward women, Americans, Christians, Jews, and others. He learns quickly to keep his citizenship, and his faith, to himself in order to avoid imprisonment, torture, or death.

Azita teaches him to speak Farsi, the language of his new homeland, and is surprised that he has no accent. This gift later proves to be both a blessing and a curse for him. He graduates, and his father arranges an apprenticeship as manager of a restaurant. But Joseph isn’t working long before new developments steer the course of his entire life in an area he never expected. The tide changes—the government is changing, too.

After the new regime takes power, friends begin to disappear. There are reports of female friends being tortured and murdered, and the young men being abducted. But, why? Joseph later discovers they are being abducted into a militia. One afternoon Joseph and a friend are thrown into the back of a car and forced to become “volunteers” in this new militia—the early formation of the Hezbollah.

Joseph endures mental and physical torture a he participates in, and witnesses horrific acts against those considered the enemy, as well as against obviously innocent civilians. Men, woman, and young children are chosen to be martyrs. The only thing that keeps Joseph motivated is his secret faith in God, and his love for Azita, who came to Christ because of him. As a Muslim turned Christian she is now doomed to die. Joseph is determined to protect her and his family and decides to escape the abduction at all costs. Those costs proved to be more than he could bear. While he is in hiding at an underground camp for fugitives a message he receives tells him that Azita has been killed.

Hearing of his love’s death, Joseph refuses to leave. But those who are helping him, insist. He reluctantly moves forward because of a promise he has made to Azita. Finally, he is able to obtain passage home through a smelly old fishing boat off the coast of Bushehr. Enemies of Iran continuously bomb a nuclear facility being built there, and the bombing is his perfect cover.

Once outside Iran he encounters a new barrier to his objectives—in Italy the U.S. CIA takes him captive and questions him before delivering him to the U.S. Embassy. After more questioning at the Embassy, Joseph is freed and given a passport back to the country of his birth. That’s when he discovers that Azita is still alive. His new life begins with the joy of knowing they are both safe but the stigma of being a former abductee of the Hezbollah army still remains.
Posted by Pola Muzyka at 17:56